The National Coalition for Core Arts Standards (NCCAS) is issuing an invitation for arts educators interested in serving as adjudicators of the high school student work collected from diverse school settings across the nation as part of the 2015-16 Model Cornerstone Assessment (MCA) Pilot Project. The MCA high school pilot, partially funded by a grant from the National Endowment for the Arts, is the second phase of the project that began last year with a benchmarking of elementary and middle school student work in the arts disciplines of dance, media arts, music, theatre, and visual arts. As was done in the project’s first phase, adjudicators will score the collected high school student work, with the goal of creating a resource bank of standards-based student work aligned to the 2014 National Core Arts Standards.

Model Cornerstone Assessments tasks at the benchmark grades of 2, 5, 8 and the three high school levels (proficient, accomplished, advanced) were released simultaneously with the Core Arts Standards. They were created by the five arts discipline NCCAS writing teams to serve as examples of the type of evidence needed to show student achievement reflected in targeted performance standards. The benchmark teams will conduct independent reviews of the student work virtually before gathering for a three-day meeting in Reston, Virginia, August 6-9 to determine final benchmark scoring. Five educators from each arts discipline will be selected to serve as benchmarking team members through a rigorous application and interview process that will open April 26th and continue until midnight, May 23, 2016. All travel, room, and board costs for the team members will be covered by NCCAS.

To access more details about the project please go to the National Coalition for Core Arts Standards wiki at http://nccas.wikispaces.com.

The National Core Arts Standards can be found at www.nationalartsstandards.org. 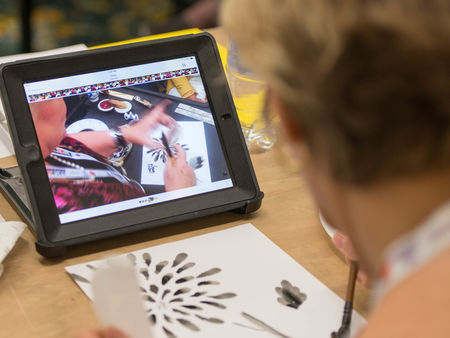