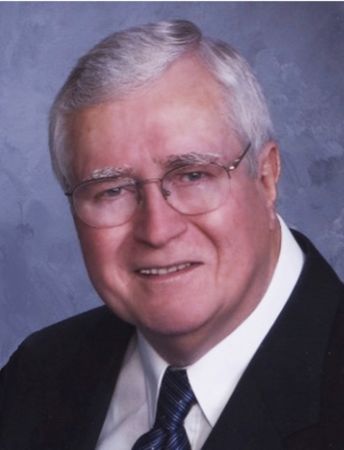 Other noteworthy accomplishments in David’s life included serving in the Iowa National Guard and designing and making stained-glass windows based on the creation story in Genesis for St. John’s Catholic Church in Ogden, IA. He also collected historic art education manuals, books, and materials relating to the teaching of art, which he gifted to Concordia University. The extensive collection is now housed in Special Collections at the Concordia University library.

In his personal life, David was a devoted husband to his wife Madonna for 64 years, and a loving, supportive father to his children. David touched the lives of many people, and he will be dearly missed by friends, former students, and most of all, by his family. David is survived by his children Maureen (Richard Ciganek), Mark (Diane Poppish) Baker, and Carl Baker, and by his grandchildren Daniel Ciganek, Sydney Baker, and Weston Baker.